This international newsletter aims to promote scholarly approaches to history teaching and learning in higher education. Contributions that report any matters in this field are welcome. Â Direct inquiries and submissions to theÂ editor.Â  Not a member of theÂ International Society for the Scholarship of Teaching and Learning in History?Â Join the society to be placed on the mailing list.

The newsletter is sponsored by the History Department at Indiana University and is the official newsletter ofÂ History SoTL: The International Society for the Scholarship of Teaching and Learning in History.

Special thanks to the contributors: David Ludvigsson, Svetlana Suveica, and Geoff Timmins.

Teaching History in Moldova: Challenges and Outcomes of a SoTL Experience

Every Student Counts: Some International Perspectives

The Uppsala Conference on History Teaching and Learning in Higher Education

The Uppsala Conference on History Teaching and Learning in Higher Education was held at Uppsala University, Sweden, on 11 June 2010. Around twenty-five Swedish historians participated in the conference, with Alan Booth and David Pace adding international perspectives. Paper presentations dealt with various aspects of the field, such as the case method, research-based teaching, fieldwork, and developing skills in history education. An edited volume will appear shortly that includes revised versions of the papers presented.

The Uppsala conference was the first Swedish conference devoted solely to history teaching and learning in higher education. However, it will be followed in 2011 by a session at the Meeting of Swedish Historians, and plans are that more conferences will follow in the future. Currently, some eight or ten individuals form the core group, some of whom have also visited the annual history conference at Lady Margaret Hall in Oxford.

On a principal level, scholarly interest in history teaching and learning is wide-spread partly because excellence in teaching is a major factor when individuals are selected for appointments as senior lecturer at Swedish universities. All universities have units training new university teachers, and a regular part of these compulsory courses in university pedagogics is that everyone must complete a mini-study. Thus, many young Swedish historians have performed at least one small study that deal with history teaching and learning. Further, during the last ten years both local and national multi-disciplinary conferences such as NU2010 have been held dealing with the scholarship of teaching and learning. Several historians have participated in these conferences.

Every Student Counts: Some International Perspectives

Every Student Counts is National Teaching Fellowship research project that was based at the University of Central Lancashire in the UK. Completed in 2010, it deals with teaching numerical skills in various academic disciplines at undergraduate level. The strand dealing with numeracy in undergraduate history courses focuses on the UK, but also has an international dimension. This short report highlights some of the key findings arising from the international responses that the project team received.

Number and location of responses:
Around 500 individuals in overseas history departments in various parts of the world were contacted. Â Responses were obtained from 91 individuals in 73 of these departments, the geographical distribution of which is shown below. Â Just over half came from North America and a further 16% from Australasia. Response rates were influenced by the number of institutions available to survey and the ease with which contact could be made.

The extent of provision:
Only 26 (just over a third) of the responding institutions offered history programmes that actually aimed to develop undergraduatesâ€™ numerical skills, though nine (12 per cent) of those which did not have this aim reported that some tutors incorporated numerical elements into their teaching. Marked geographical variation occurred, however. Affirmative European responses exceeded two-thirds (and were in line with UK responses to the question), whereas those for North America were fewer than one in five.

Other findings:
These are based on the responses reached from history departments that did aim to teach numeracy.
â€¢ The most popular method of numeracy teaching used by the affirmative respondents was as part of a broader course/module dealing with historical skills. This occurred in 60 per cent of cases. In the UK, respondents placed greater reliance on numeracy elements being diffused across a range of modules.
â€¢ An overwhelming majority of the respondents (78 per cent; N = 27) stated that the development of numerical skills within their history course/programme is managed by committed individuals. This compares with a figure of 47 per cent for the UK.
â€¢ Only 34 per cent claimed to develop numerical skills in a progressive way through their undergraduate history programmes. The figure for Western Europe (excluding the UK) was 29 per cent and Australasia 25 per cent. The indications are that, as a rule, only a relatively small proportion of history departments are concerned to develop undergraduate skills in a progressive way.
â€¢ Just over half the programmes included numeracy as a compulsory element at level 1. Compulsion declined at each level thereafter and was absent at level 4. At each level, few programmes reported the provision of both compulsory and optional numeracy inputs.
â€¢ Only 31% of respondents (N = 32) indicated the use of assessment strategies for measuring the attainment of undergraduatesâ€™ numerical skills, with the figure being as low as 8 per cent in North America.
â€¢ Only in a minority of cases was it reported that students were required to use computer applications, especially statistical packages and spreadsheets. The use of databases was not only reported as being used more commonly than spreadsheets and statistical packages but was also the most likely to be compulsory.
â€¢ Of the 91 individuals who responded to the survey, 68% were of the view that their course/programme should do more to improve students’ numerical skills.

Conclusion
Whilst the limited size of the sample means that the findings must be viewed with caution, the indications are that, as in the UK, numeracy does not feature very strongly as an element in undergraduate history programmes, much being left to individuals. Aside from the absence of interest and expertise amongst history tutors, other reasons suggested for little or no presence of numeracy teaching in undergraduate history courses centre on the lack of need to teach numeracy to history students; resistance from history students to numeracy teaching; leaving numeracy teaching to non-historians; and dealing with more pressing matters, not least the inadequacies of studentsâ€™ literacy. Yet the implications these views have both for developing studentsâ€™ historical skills and their employability are of concern and should certainly be given further consideration.

This site uses Akismet to reduce spam. Learn how your comment data is processed. 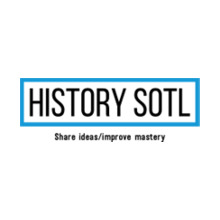